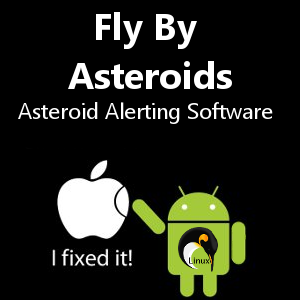 “There’s a lot of things going wrong, but this is catosphically wrong.”

“The most important goal of all planetary defense efforts is to prevent the loss of life.”

“It’s a matter of setting priorities. And when the public is informed and aware that something can be done about it, and that it is not expensive to do it, it’s a matter of taking responsibility for the future. That kind of pressure will finally begin to affect governments and leaders around the world.”

“If the Earth gets hit by an asteroid, it’s game over. It’s control-alt-delete for civilization”

“Sooner or later disasters such as an asteroid collision or a nuclear war could wipe us all out, but once we spread out into space and establish independent colonies, our future should be safe”

“An asteroid could hit us at any moment. This is not- and also, the most successful kind of life on this planet is not us,it’s microbes. They’re the ones who greatly outnumber us, and may eventually destroy us”

“We are trying to ramp up the rate of detection of these possible impacting objects by 100 times.”

“The threat is low, but the result can be extremely high.”

“Asteroid Day has two main goals, to get people to realize, number one: the issue of asteroids hitting the earth is important, and number two: that we, using our brains, using science and technology, can change that.”

“The thing that is keeping us from protecting the earth from asteroid impacts is that we don’t know where they are. We haven’t accurately tracked them. We don’t know when the next major asteroid impact is going to be. How do we step up our game by a factor of a hundred? That’s our aspirational goal. Lets do 100 times better than we’re doing now at finding these asteroids. That will give us a fighting chance. That is what will allow us to be smarter than the dinosaurs.”

“We really need an internationally agreed and coordinated strategy for the development of asteroid litigation technology and very importantly the implementation of procedures for an emergency deflection scenario.”

“It could happen, and if it has real risks of it happening, then we must do something about it.”

“The only way we can insure the people and governments remain aware of these long term risks, which cumulatively are serious, is through the public being aware of them.”

“A major asteroid collision, unlikely in any given year, represents a substantial risk for humanity because the consequences can be so major. The technology to map out dangerous asteroid orbits exists, and should be more fully exploited. This is a risk humanity should do its best to eliminate”

“Our mission at the Planetary Society is to advance space science and exploration. And protecting the earth from an asteroid or comet coming in from space is a big part of that mission.”

“The first Asteroid Day last year, 2015, was a huge success. It made a start in spreading global awareness of a possible asteroid strike.”

“We need to know what would happen if one of these asteroids hits the earth. We need, also, to try and avoid that from happening.”

“Now for the first time in our history, we are at a level of technological capability to, maybe, detected and do something about the threat from asteroids.”

“We live in a cosmic shooting gallery that’s hit by hundred tons of meteorites every day.”

“It is the overriding responsibility of the human race to maximise our chances of survival in a dangerous universe. Asteroid impacts are one of the few natural threats that could destroy cities, countries, or even the whole of civilsation in a single movement, and we must therefore take the threat seriously”

“A hybrid human-robot mission to investigate an asteroid affords a realistic opportunity to demonstrate new technological capabilities for future deep-space travel and to test spacecraft for long-duration spaceflight.”

“The ancients were correct in their belief that the heavens and the motion of astronomical bodies affect life on earth – just not in the way they imagined. Sometimes those heavenly bodies run into Earth. This is why we must make it our mission to find asteroids before they find us.”

“The dinosaurs never saw that asteroid coming, what’s our excuse?”

“We should really care about asteroids because there are too many out there!”

“An asteroid impact would be a natural disaster on a scale that is hard to imagine. Unlike catastrophic volcanic eruptions or earthquakes, an asteroid impact is preventable. Humankind’s first step is finding the devil’s in the dark. Let’s get going”

“We’re talking about asteroid impact, but this is not doom and gloom, this is us actually doing something. And, one day, it could save all our lives.”

“Any night that you look up and see the shooting stars in the sky, you are reminded that we are constantly at a level of threat from bits of rock hurdling through our Solar System. Some of them are big enough to do significant damage.”

“There is a very real, albeit remote, possibility of an asteroid potentially hitting the earth. But our science also shows us, we could predict such an event years in advance. And human ingenuity has the potential to stop such an event from ever happening. These qualities make the asteroid threat unique among natural disasters. For the first time, life on earth has the ability to take control of all of its destiny in the universe.”

“Sixty-six million years ago, a ten kilometer space rock plumeted into the Ucitan Peninsula, causing a prolonged nuclear winter, killing off the Dinosaurs. Today, such a collision would likely end human civilization”

“The idea is to raise awareness of, not only the dangers of asteroids, but also the fact that we have solutions in hand to find dangerous asteroids and do something about it.”