Fly By Asteroids use to be a very ugly duckling. It use to be just a simple black text output of un-formatted raw asteroid data from NASA JPL.

I started with this back in 2008 when I was living in Iowa City. Being an IBM programmer PHP was a new programming langue to me then. I stuck with it though even after going back to a Corporate position for a few years I kept the site alive. I eventually started working more and more on it. I create a new cleaner interface. It did have paging at one time but I eliminated that. New features have been added.

My name is Robert. I was born and raised on the East Coast in Maryland. I was born and raised loving NASA/JPL and Goddard Space Flight in Greenbelt Maryland. I have been programming for over 20 years. I am a college graduate with my Applied Science degree in IBM Programming and Development. Most of that was on the IBM Mid-range system or iSeries AS/400. I now program in php over Linux/Apache/MySQL/MariaDB and have been working with the Linux OS for about 15 years. I have now since acquired Android Development and have been working on apps and have published a few already on Google Play. My next release for FlyByAsteroids is a Calendar App.

I am long time lover of Heavy Metal Music and Rock and Roll. I grew up in the 70’s and 80’s so that explains a lot 😉 I also am a Drummer and can play many covers from Soft Rock to Megadeth and Metallica.

I now reside on the Mediterranean Coast of Spain with my Swedish wife Maria. I work in freelance development doing just about anything with the web, and androids. 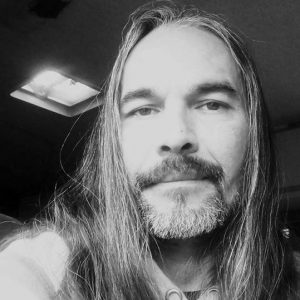