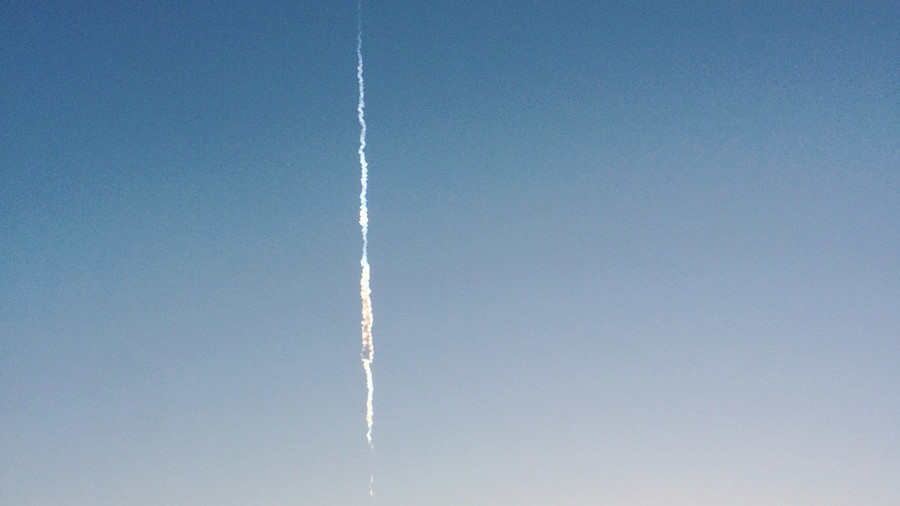 ©www.instagram.com/svetlankako
Residents of the European part of Russia have reported a bright fireball lighting up the sky, which was emitting a blinding light. Theories on social media varied from a simple meteor to aliens arriving for World Cup 2018.

The glowing object was spotted in the sky from Voronezh, Lipetsk, Tula and Oryol regions on Thursday morning, according to photos and videos released on Russian social media network VKontakte.

Watch the Video by clicking here.

“Is it a meteor?”“Is it an explosion?” people wondered. Others suggested that it was a space object, like an asteroid. Some conspiracy-lovers claimed that the fireball was connected to military exercises held somewhere nearby. “Probably they fired [something] during the drill,” one person wrote.

Some creative users didn’t miss the chance to joke that the space object was none other than a UFO, and that the aliens had arrived to watch the FIFA 2018 World Cup.

Meanwhile, Deputy Director of the State Astronomical Institute of Moscow State University Olga Silchenko debunked the ‘alien’ theories by identifying the object as merely a small meteor. “This one is not linked to any meteor showers, this is a single, random celestial body,” she told TASS.

Do not forget to signup for asteroids alerts from Fly By Asteroids !